The War of Art

The definitive guide to overcoming procrastination. Key takeaways: become comfortable with patience, start leaning into anxiety and get good at being miserable. Also, the more you fear something, the more you can be sure you have to do it.

There’s a secret that real writers know that wannabe writers don’t, and the secret is this: It’s not the writing part that’s hard. What’s hard is sitting down to write.

Most of us have two lives. The life we live, and the unlived life within us. Between the two stands Resistance.

Resistance is the most toxic force on the planet. It is the root of more unhappiness than poverty, disease, and erectile dysfunction.

Resistance is faster than a speeding bullet, more powerful than a locomotive, harder to kick than crack cocaine.

Is that what it takes? Do we have to stare death in the face to make us stand up and confront Resistance?

The enemy is a very good teacher. — The Dalai Lama

Resistance is fuelled by fear

Resistance only opposes one direction

Resistance is most powerful at the finish line

Resistance and self medication

Sounds like life, I know. It isn’t. It’s Resistance.

Resistance and self doubt

Resistance and being a star

The professional loves it so much he dedicates his life to it. He commits full-time.

How to be miserable

For love of the game

A professional is patient

A professional acts in the face of fear

A professional excepts no excuses

A professional plays it as it lays

A professional ****is prepared

A professional dedicates himself to mastering technique

A professional does not hesitate to ask for help

A professional distances herself from her instrument

A professional does not take failure or success personally

The professional reminds himself it’s better to be in the arena, getting stomped by the bull, than to be up in the stands or out in the parking lot.

A professional recognises her limitations

A critter that keeps coming

Book 3 — Beyond Resistance: The Higher Realm

As Resistance works to keep us from becoming who we were born to be, equal and opposite powers are counterpoised against it. These are our allies and angels.

Nobody knew I was done. Nobody cared. But I knew. I felt like a dragon I’d been fighting all my life had just dropped dead at my feet and gasped out its last sulphuric breath. Rest in peace, motherfucker.

The principle of organisation is built into nature. Chaos itself is self-organising. Out of primordial disorder, stars find their orbits; rivers make their way to the sea.

We’re all creative. We all have the same psyche. The same everyday miracles are happening in all our heads day by day, minute by minute.

Tom Laughlin draws a diagram of the psyche, a Jungian-derived model that looks something like this:

The Ego, Jung tells us, is that part of the psyche that we think of as “I.” Our conscious intelligence. Our everyday brain that thinks, plans and runs the show of our day-to-day life.

The Self, as Jung defined it, is a greater entity, which includes the Ego but also incorporates the Personal and Collective Unconscious.

Dreams and intuitions come from the Self.The archetypes of the unconscious dwell there. It is, Jung believed, the sphere of the soul.

What happens in that instant when we learn we may soon die, Tom Laughlin contends, is that the seat of our consciousness shifts.

It moves from the Ego to the Self.

The Ego and the Self

The Ego hates the Self because when we seat our consciousness in the Self, we put the ego out of business. The Ego doesn’t want us to evolve. The Ego runs the show right now. It likes things just the way they are.

Our job in this lifetime is not to shape ourselves into some ideal we imagine we ought to be, but to find out who we already are and become it.

We have entered Mass Society. The hierarchy is too big. It doesn’t work anymore.

The Artist and The Hierarchy

The Definition of a Hack

To my amazement, the book succeeded critically and commercially better than anything I’d ever done, and others since have been lucky too. Why? My best guess is this: I trusted what I wanted, not what I thought would work. I did what I myself thought was interesting, and left its reception to the gods.

If we would pick up the phone and call six friends, one after the other, with the aim of hearing their voices and reassuring ourselves that they still love us, we’re operating hierarchically. We’re seeking the good opinion of others.

Here’s another test. Of any activity you do, ask yourself: If I were the last person on earth, would I still do it?

When Krishna instructed Arjuna that we have a right to our labor but not to the fruits of our labor, he was counseling the warrior to act territorially, not hierarchically.

Creative work is not a selfish act or a bid for attention on the part of the actor. It’s a gift to the world and every being in it. Don’t cheat us of your contribution. Give us what you’ve got. 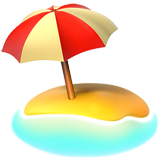 This book teaches you how to say "no", set expectations on your own terms, and be more effective in much less time. The sections on productivity and time management alone make it worth a read.