The Elements of Style

1. Form the possessive singular of nouns with 's.

2. In a series of three or more terms with a single conjunction, use a comma after each term except the last.

4. Place a comma before and or but introducing an independent clause.

5. Do not join independent clauses by a comma.

6. Do not break sentences in two.

7. A participial phrase at the beginning of a sentence must refer to the grammatical subject.

8. Divide words at line-ends, in accordance with their formation and pronunciation.

10. As a rule, begin each paragraph with a topic sentence; end it in conformity with the beginning.

14. Avoid a succession of loose sentences.

18. Place the emphatic words of a sentence at the end. 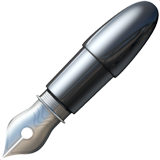 This book is filled with informative and insightful guidance on how to make your writing sing. An essential read for anyone who does any amount of writing.