Stand Out of Our Light

"There's a deep misalignment between the goals we have for ourselves, and the goals our technologies have for us". Williams argues that the liberation of human attention may be the defining moral and political struggle of our time.

Huxley’s foresight, Postman writes, lay in his prediction that freedom’s nastiest adversaries in the years to come would emerge not from the things we fear, but from the things that give us pleasure (see Amusing Ourselves to Death by Neil Postman).

Historically, new forms of media took years, if not generations, to be adopted, analysed, and adapted to. Today, however, new technologies can arrive on the scene and rapidly scale to millions of users in the course of months or even days.

Users are in a constant state of learning and adaptation to new interaction dynamics, familiar enough with their technologies to operate them, but never so fully in control that they can prevent the technologies from operating on them in unexpected or undesirable ways.

All design is “persuasive” in a broad sense; it all directs our thoughts or actions in one way or another. There’s no such thing as a “neutral” technology. All design embodies certain goals and values; all design shapes the world in some way.

The browser cookie did “more to shape advertising – and social attention – on the web than any other invention apart from the browser itself. (The Daily You, Joseph Turow)

Since 2014, for instance, Google’s advertising platform has been able to track whether you visit a company’s store in person after you see their ad.‍

Because there’s so much competition for our attention, designers inevitably have to appeal to the lowest parts of us – they have to privilege our impulses over our intentions even further – and exploit the catalog of decision-making biases that psychologists and behavioural economists have been diligently compiling over the last few decades.

These biases include things like loss aversion (such as the “fear of missing out,” often abbreviated as FOMO), social comparison, the status quo bias, framing effects, anchoring effects, and countless others (see Thinking Fast and Slow by Daniel Khaneman).

The key element here is the variable reward. When you randomise the reward schedule for a given action, it increases the number of times a person is likely to take that action.

This is the underlying dynamic at work behind the high engagement users have with “infinite” scrolling feeds, especially those with “pull-to-refresh”functionality, which we find in countless applications and websites today such as Facebook’s News Feed or Twitter’s Stream. It’s also used widely in all sorts of video games. In fact, this effect is often referred to as the “slot machine” effect, because it’s the foundational mechanism on which the machine gambling industry relies – and which generates for them over a billion dollars in revenue every day in the United State alone (see Addiction by Design by Natasha Dow Schüll).

Three lights of attention, pertain to doing, being, and knowing, respectively: The Starlight, Spotlight and Daylight.

Our immediate capacities for navigating awareness and action toward tasks. Enables us to do what we want to do.

Notifications are coloured red and placed in the upper-right corner of the user’s vision in order to better grab their attention and maximise the persuasive effect. This effect relies on the human reaction to the colour red, as well as the cleaning/grooming instinct,4 which often makes it hard to resist clicking on the notifications

Our broader capacities for navigating life “by the stars” of our higher goals and values. Enables us to be who we want to be.

When we become aware that our actual habits are in dissonance with our desired values, this self-feeling often feels like a challenge to, if not the loss of, our identities.

It wasn’t just that my life’s GPS was guiding me into the occasional wrong turn, but rather that it had programmed me a new destination in a far-off place that it did not behoove me to visit.

Reflection is an essential ingredient for the kind of thinking that helps us determine “what we want to want”.

Notifications or addictive mobile apps may fill up those little moments in the day during which a person might have otherwise reflected on their goals and priorities. Users check their phones an average of 150 times per day (and touch them over 2,600 times per day), so that would add up to a lot of potential reflection going unrealised.

The mantra “AI is the new UI” is informing much of the next generation interface design currently under way (e.g. Apple’s Siri, Amazon’s Alexa, or Google Home), and the more that the vision of computing as intelligent, frictionless assistance becomes reality, the more the logic and values of the system will be pushed below the surface of awareness to the automation layer and rendered obscure to users, or to any others who might want to question their design.

In 2015, Facebook filed a patent for detecting emotions, both positive and negative, from computer and smartphone cameras.

The company refused to say whether they plan to use information collected from the speech centre of your brain for advertising purposes.

The technology is changing too fast for research to keep up, its users and their contexts are far too diverse to allow anything but the broadest generalisations as conclusions, and the relationships between people and digital technologies are far too complex to make most research of this nature feasible at all.

Ultimately, there is no one to blame. At “fault” are more often the emergent dynamics of complex multiagent systems rather than the internal decision-making dynamics of a single individual.

The broad outline of our goal is to bring the technologies of our attention onto our side. This means aligning their goals and values with our own.‍

This book is available as a free pdf download. Image credits: Stand Out of Our Light by James Williams 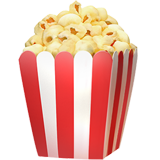 Amusing Ourselves to Death

Whether it's the news, TV or social media, we all suffer from some form of information addiction. Postman argues that entertainment's place in society has reached a point where our addiction to it is undermining our independence. It's spooky how relevant his observations are today, given that they were made in a pre-internet era.