A mix of psychology, philosophy and economics rolled into a compelling history of humankind.

An Animal of No Significance

Human babies are helpless, dependent for many years on their elders for sustenance, protection and education.

This fact has contributed greatly both to humankind’s extraordinary social abilities and to its unique social problems. Lone mothers could hardly forage enough food for their offspring and themselves with needy children in tow. Raising children required constant help from other family members and neighbours. It takes a tribe to raise a human. Evolution thus favoured those capable of forming strong social ties.

Legends, myths, gods and religions appeared for the first time with the Cognitive Revolution.

This ability to speak about fictions is the most unique feature of Sapiens language.

Any large-scale human cooperation – whether a modern state, a medieval church, an ancient city or an archaic tribe – is rooted in common myths that exist only in peoples collective imagination.

Yet none of these things exists outside the stories that people invent and tell one another.

Peugeot is a figment of our collective imagination. Lawyers call this a ‘legal fiction’. It can’t be pointed at; it is not a physical object. But it exists as a legal entity.

Homo sapiens drove to extinction about half of the planet’s big beasts long before humans invented the wheel, writing, or iron tools.

Don’t believe tree-huggers who claim that our ancestors lived in harmony with nature. Long before the Industrial Revolution, Homo sapiens held the record among all organisms for driving the most plant and animal species to their extinctions.

Paradoxically, a series of ‘improvements’, each of which was meant to make life easier, added up to a millstone around the necks of these farmers.

One of history’s few iron laws is that luxuries tend to become necessities and to spawn new obligations. Once people get used to a certain luxury, they take it for granted. Then they begin to count on it. Finally they reach a point where they can’t live without it.

The story of the luxury trap carries with it an important lesson. Humanity’s search for an easier life released immense forces of change that transformed the world in ways nobody envisioned or wanted.

We believe in a particular order not because it is objectively true, but because believing in it enables us to cooperate effectively and forge a better society. Imagined orders are not evil conspiracies or useless mirages.

Three main factors prevent people from realising that the order organising their lives exists only in their imagination:

It is telling that the first recorded name in history belongs to an accountant, rather than a prophet, a poet or a great conqueror.

The most important impact of script on human history is precisely this: it has gradually changed the way humans think and view the world. Free association and holistic thought have given way to compartmentalisation and bureaucracy.

Culture tends to argue that it forbids only that which is unnatural. But from a biological perspective, nothing is unnatural.

Human history shows that there is often an inverse relation between physical prowess and social power.

The Unification of Humankind

Ever since the French Revolution, people throughout the world have gradually come to see both equality and individual freedom as fundamental values. Yet the two values contradict each other. Equality can be ensured only by curtailing the freedoms of those who are better off. Guaranteeing that every individual will be free to do as he wishes inevitably short-changes equality.

If tensions, conflicts and irresolvable dilemmas are the spice of every culture, a human being who belongs to any particular culture must hold contradictory beliefs and be riven by incompatible values. It’s such an essential feature of any culture that it even has a name: cognitive dissonance. Cognitive dissonance is often considered a failure of the human psyche. In fact, it is a vital asset. Had people been unable to hold contradictory beliefs and values, it would probably have been impossible to establish and maintain any human culture.

Today religion is often considered a source of discrimination, disagreement and disunion. Yet, in fact, religion has been the third great unifier of humankind, alongside money and empires.

If, when the mind experiences something pleasant or unpleasant, it simply understands things as they are, then there is no suffering. If you experience sadness without craving that the sadness go away, you continue to feel sadness but you do not suffer from it. There can actually be richness in the sadness. If you experience joy without craving that the joy linger and intensify, you continue to feel joy without losing your peace of mind.

When the flames are completely extinguished, craving is replaced by a state of perfect contentment and serenity, known as nirvana (the literal meaning of which is ‘extinguishing the fire’).

The modern age has witnessed the rise of a number of new natural-law religions, such as liberalism, Communism, capitalism, nationalism and Nazism. These creeds do not like to be called religions, and refer to themselves as ideologies. But this is just a semantic exercise. If a religion is a system of human norms and values that is founded on belief in a superhuman order, then Soviet Communism was no less a religion than Islam.

Today, the most important humanist sect is liberal humanism, which believes that ‘humanity’ is a quality of individual humans, and that the liberty of individuals is therefore sacrosanct.

The chief commandments of liberal humanism are meant to protect the liberty of this inner voice against intrusion or harm. These commandments are collectively known as ‘human rights’.

The willingness to admit ignorance has made modern science more dynamic, supple and inquisitive than any previous tradition of knowledge. This has hugely expanded our capacity to understand how the world works and our ability to invent new technologies.

Most scientific studies are funded because somebody believes they can help attain some political, economic or religious goal.

In short, scientific research can flourish only in alliance with some religion or ideology. The ideology justifies the costs of the research. In exchange, the ideology influences the scientific agenda and determines what to do with the discoveries.

The discovery of an effective treatment for scurvy greatly contributed to British control of the world’s oceans and its ability to send armies to the other side of the world.

It’s unquestionable that from 1850 onward European domination rested to a large extent on the military–industrial–scientific complex and technological wizardry.

The key factor was that the plant-seeking botanist and the colony-seeking naval officer shared a similar mindset. Both scientist and conqueror began by admitting ignorance – they both said, ‘I don’t know what’s out there.’

Banks are allowed to loan $10 for every dollar they actually possess, which means that 90 per cent of all the money in our bank accounts is not covered by actual coins and notes.

Adam Smith’s claim that the selfish human urge to increase private profits is the basis for collective wealth is one of the most revolutionary ideas in human history – revolutionary not just from an economic perspective, but even more so from a moral and political perspective.

What Smith says is, in fact, that greed is good, and that by becoming richer I benefit everybody, not just myself. Egoism is altruism.

In this view, the wisest economic policy is to keep politics out of the economy, reduce taxation and government regulation to a minimum, and allow market forces free rein to take their course (free market).

But in its extreme form, belief in the free market is as naïve as belief in Santa Claus.

The modern capitalist economy must constantly increase production if it is to survive, like a shark that must swim or suffocate.

Consumerism sees the consumption of ever more products and services as a positive thing. It encourages people to treat themselves, spoil themselves, and even kill themselves slowly by overconsumption.

The threat of nuclear holocaust fosters pacifism; when pacifism spreads, war recedes and trade flourishes; and trade increases both the profits of peace and the costs of war.

Family and community seem to have more impact on our happiness than money and health. People with strong families who live in tight-knit and supportive communities are significantly happier than people whose families are dysfunctional and who have never found (or never sought) a community to be part of.

If happiness is determined by expectations, then two pillars of our society – mass media and the advertising industry – may unwittingly be depleting the globe’s reservoirs of contentment.

Our values make all the difference. As Nietzsche put it, if you have a why to live, you can bear almost any how. A meaningful life can be extremely satisfying even in the midst of hardship, whereas a meaningless life is a terrible ordeal no matter how comfortable it is.

As far as we can tell, from a purely scientific viewpoint, human life has absolutely no meaning. Humans are the outcome of blind evolutionary processes that operate without goal or purpose. Our actions are not part of some divine cosmic plan, and if planet Earth were to blow up tomorrow morning, the universe would probably keep going about its business as usual. As far as we can tell at this point, human subjectivity would not be missed. Hence any meaning that people ascribe to their lives is just a delusion.

People are liberated from suffering not when they experience this or that fleeting pleasure, but rather when they understand the impermanent nature of all their feelings, and stop craving them. This is the aim of Buddhist meditation practices. 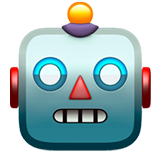 A thought-provoking look at how the current trends in science and technology may progress. It traces the origins of our present-day conditioning to loosen its grip and enable us to think in far more imaginative ways about our future.