A good introduction to the core concepts of Behavioural Science. The book is based on the idea that it's ok to influence decision making if it makes peoples lives longer, healthier and better.

Small and often insignificant things can influence (or ‘nudge’) behaviour.

Choice architecture — The organising of things can help influence decision-making (as it tends to focus attention). Thus there is no such thing as a neutral design. Many people are happy to accept the default settings/order provided by the Choice Architect. Thus the original set-up nudges people into a certain ways of operating with the technology.

e.g. Certain countries/states have an organ donation ‘opt out’ tick box on their driving license application form. Most people do not bother to opt out so the availability of donor organs is significantly higher than in those countries where the box is an ‘opt in’ box (e.g. in US states, 42% ‘opt in’ vs. 82% ‘opt out’).

The path of least resistance – Products/options that make life easier will be favoured. Conversely, if something is complex and difficult, then people are less likely to follow through e.g. insurance forms.

e.g. Offering multiple corporate pension plan choices versus a limited number leads to a greater number of people not even registering for any pension plan.

Heuristics — We live in a complex world where we often rely on shortcuts to help us make sense of things (and hence influence our decisions). Often these short cuts help, but occasionally they can mislead us. Tversky & Kahneman (1974) identified 3 heuristics that can lead to biases – anchoring, availability and representativeness.

Anchoring — The perceived value of something can be steered (or ‘anchored’) by an initial, sometimes irrelevant activity.

Availability — Events that more easily spring to mind (such as recent or traumatic events) will be more influential on our behaviour.

Representativeness – Our over-reliance on stereotypes (based on past experience) gets us into trouble. Furthermore, we try to create (false) meaning out of randomness.

e.g. Streak shooting in basketball is a well known concept, when players have a ‘hot-hand’ and thus score more points if they have shot successfully the last time. However, statistical studies have shown that hot hand is a myth.

Optimism and over-confidence — We often over-estimate our abilities to achieve things.

e.g. ‘If you do not use energy conservation methods you will lose $350 a year’ is more effective at driving uptake than on ‘saving $350’.

Framing — The contextualising of an issue can dramatically influence decision-making (e.g. when linked to either an anchor or loss aversion).

Status quo bias — People tend to stick with their current situation that overcomes the inertia of change. So people rarely move their bank accounts or pensions or cancel initially enticing magazine subscriptions.

The emotion of decision-making — Our emotional state can influence our behaviour. Thus people in an aroused state are more easily influenced.

Mindless choosing — We do many things on autopilot.

Mental accounting — Money is money, yet we often seem to have different ‘mental pockets’ we divide money up into – which can lead to some poor financial decisions being made. For example we may have cash in the bank but still have money outstanding on a credit card.

Herd behaviour — We like to conform so are easily influenced by what others say and do (especially by those within the circle we wish to be associated with). Social influence is one of the most effective ways to nudge behaviour.

e.g. San Marcos California energy bills graphically demonstrated if the household was using more or less energy than their neighbours by using a smiley face or sad face. This led to a dramatic reduction in energy usage.

e.g. The mere scent of an all-purpose cleaner encourages people to clean away their dishes after a meal.

e.g. Southern California Edison gives out to its customers an ambient orb that flashes red when a customer is using a lot of energy and green when usage is modest. It has helped reduce energy consumption in peak periods by up to 40%.

Comparisons — It’s easier to make decisions when we make comparisons (cf all the comparison websites). However it is important to note that different comparative sets can frame different decisions.

Tversky recommends that when making complex decisions, focus on just the key criteria, and then set a minimal acceptable level for each criteria. 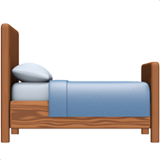 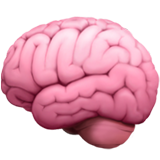 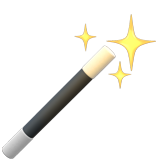 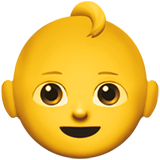