Meditation trains the mind to consciously ‘see’ your own thoughts as they occur so that you can live your life as it unfolds in the present moment.

Mindfulness meditation — focusing your full attention on your breath as it flows in and out of your body. Allows you to observe your thoughts as they arise in your mind.

Mindfulness is about observation without criticism; being compassionate with yourself.

When unhappiness or stress hover overhead, rather than taking it all personally, you learn to treat them as if they were black clouds in the sky, and to observe them with friendly curiosity as they drift past.

In essence, mindfulness allows you to catch negative thought patterns before they tip you into a downward spiral.

Mindfulness not only prevents depression, but it also positively affects the brain patterns underlying day-to-day anxiety, stress, depression and irritability so that when they arise, they dissolve away again more easily.

The Benefits of Meditation

Studies worldwide have found that meditation reduces the key indicators of chronic stress, including hypertension.

Meditation has also been found to be effective in reducing the impact of serious conditions, such as chronic pain and cancer, and can even help to relieve drug and alcohol dependence.

Studies have now shown that meditation bolsters the immune system and thus helps to fight off colds, flu and other diseases.

Mindfulness encourages you to break some of the unconscious habits of thinking and behaving that stop you from living life to the full. Many judgmental and self-critical thoughts arise out of habitual ways of thinking and acting.

Several decades ago, it became apparent that thoughts could drive our moods and emotions, but it’s only since the 1980s that it’s become clear that the process can also run in reverse: moods can drive our thoughts.

Something as subtle as frowning, smiling or altering posture can have a dramatic impact on mood and the types of thoughts flickering across the mind.

When you try and solve the ‘problem’ of unhappiness (or any other ‘negative’ emotion) you deploy one of the mind’s most powerful tools: rational critical thinking.

It works like this: you see yourself in a place (unhappy) and know where you want to be (happy). Your mind then analyses the gap between the two and tries to work out the best way of bridging it.

It’s perfectly natural, then, to apply this approach to solving the ‘problem’ of unhappiness. But it’s often the worst thing you can do because it requires you to focus on the gap between how you are and how you’d like to be: in doing so, you ask such critical questions as, What’s wrong with me? Where did I go wrong? Why do I always make these mistakes?

Such questions are not only harsh and self-destructive, but they also demand that the mind furnishes the evidence to explain its discontent. And the mind is truly brilliant at providing such evidence.”

You can’t stop the triggering of unhappy memories, negative self-talk and judgmental ways of thinking – but what you can stop is what happens next.

You can stop the vicious cycle from feeding off itself and triggering the next spiral of negative thoughts.

The problem is that we use the Doing mode so much, we can’t see that there is an alternative. Yet there is another way. If you stop and reflect for a moment, the mind doesn’t just think. It can also be aware that it is thinking.

This form of pure awareness allows you to experience the world directly. It’s bigger than thinking. It’s unclouded by your thoughts, feelings and emotions. It’s like a high mountain – a vantage point – from which you can see everything for many miles around.

Pure awareness transcends thinking. It allows you to step outside the chattering negative self-talk and your reactive impulses and emotions.

Our minds also have a different way of relating to the world – it’s called the Being mode.

It’s akin to – but far more than – a shift in perspective. It’s a different way of knowing that allows you to see how your mind tends to distort ‘reality’. It helps you to step outside of your mind’s natural tendency to over-think, over-analyse and over-judge.

Mindful awareness – or mindfulness – spontaneously arises out of this Being mode when we learn to pay attention, on purpose, in the present moment, without judgment, to things as they actually are.

Doing mode is not an enemy to be defeated, but is often an ally. Doing mode only becomes a ‘problem’ when it volunteers for a task that it cannot do, such as ‘solving’ a troubling emotion.

The Seven Characteristics of 'Doing' and 'Being' Modes of Minds

Dr Sarah Lazar (Massachusetts General Hospital) found that as people continue to meditate over several years, positive changes alter the physical structure of the brain itself.

This change in the brain’s circuitry is most pronounced in a part of the brain’s surface known as the insula, which controls many of the features that we regard as central to our humanity.

This is hugely significant because this part of the brain is integral to our sense of human connectedness as it helps to mediate empathy in a very real and visceral way.

Other Proven Benefits of Meditation

University of North Carolina study — After just nine weeks of training, meditators developed an increased sense of purpose and had fewer feelings of isolation and alienation, along with decreased symptoms of illness as diverse as headaches, chest pain, congestion and weakness.

Research at the University Medical Center at Groningen, the Netherlands, shows that increases in positive mood and wellbeing are directly related to becoming more aware of routine daily activities, observing and attending to the ordinary experiences of life and acting less automatically.

By contrast, decreases in negative mood are more closely related to accepting thoughts and emotions without judgment and learning to be open and curious about painful feelings

Kirk Brown and Richard Ryan at the University of Rochester, New York, have discovered that more mindful people engage in more autonomous activities.

Numerous recent clinical trials have shown that meditation can have a profoundly positive effect on physical health.

One study, funded by the US National Institutes of Health and published in 2005, discovered that Transcendental Meditation leads to a massive reduction in mortality

The meditation group showed a 23% decrease in mortality over the nineteen-year period that the group was studied. 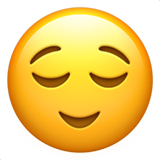 Stillness is the Key

Another great bite-sized philosophy book from Ryan Holiday. Stillness is choosing to pick up a book instead of your phone. It's learning to enjoy life, even when it isn't going your way. See my notes on Ego is the Enemy and The Obstacle is the Way if you like this kind of thing.