There are at Least two Kind of Games

One could be called finite, the other infinite.

There is no finite game unless the players freely choose to play it. No one can play who is forced to play.

Only one person or team can win a finite game, but the other contestants may well be ranked at the conclusion of play.

Infinite players cannot say when their game began, nor do they care. They do not care for the reason that their game is not bounded by time.

Infinite players regard their wins and losses in whatever finite games they play as but moments in continuing play.

The rules of an infinite game must change in the course of play.

Inasmuch as a finite game is intended for conclusion, inasmuch as its roles are scripted and performed for an audience, we shall refer to finite play as theatrical.

Inasmuch as infinite players avoid any outcome whatsoever, keeping the future open, making all scripts useless, we shall refer to infinite play as dramatic.

Education discovers an increasing richness in the past, because it sees what is unfinished there. Training regards the past as finished and the future as to be finished. Education leads toward a continuing self-discovery; training leads toward a final self-definition.

A finite game must always be won with a terminal move, a final act within the boundaries of the game that establishes the winner beyond any possibility of challenge.

Just as it is essential for a finite game to have a definitive ending, it must also have a precise beginning. Therefore, we can speak of finite games as having temporal boundaries—to which, of course, all players must agree. But players must agree to the establishment of spatial and numerical boundaries as well. That is, the game must be played within a marked area, and with specified players.

It is on this point that we find the most critical distinction between finite and infinite play: The rules of an infinite game must change in the course of play.

It is therefore by surprising our opponent that we are most likely to win. Surprise in finite play is the triumph of the past over the future. The Master Player who already knows what moves are to be made has a decisive advantage over the unprepared player who does not yet know what moves will be made.

What one wins in a finite game is a title. A title is the acknowledgment of others that one has been the winner of a particular game. Titles are public. They are for others to notice.

Power is a concept that belongs only in finite play. But power is not properly measurable until the game is completed—until the designated period of time has run out.

No one can Play a Game Alone

One cannot be human by oneself. There is no selfhood where there is no community.

I cannot be a hero unless I can first find someone who will threaten my life—or, better, take my life.

The power in a society is guaranteed and enhanced by the power of a society. The prizes won by its citizens can be protected only if the society as a whole remains powerful in relation to other societies.

Culture is an infinite game. Culture has no boundaries.

It is apparent to infinite players that wealth is not so much possessed as it is performed.

If one of the reasons for uniting into commonwealths is the protection of property, and if property is to be protected less by power as such than by theater, then societies become acutely dependent on their artists—what Plato called poietai: the storytellers, the inventors, sculptors, poets, any original thinkers whatsoever.

Artists cannot be trained. One does not become an artist by acquiring certain skills or techniques, though one can use any number of skills and techniques in artistic activity. The creative is found in anyone who is prepared for surprise.

A boundary is a phenomenon of opposition. It is the meeting place of hostile forces. Where nothing opposes there can be no boundary. One cannot move beyond a boundary without being resisted.

A horizon is a phenomenon of vision. One cannot look at the horizon; it is simply the point beyond which we cannot see.

Metaphysics is about the real but is abstract. Poetry is the making (poiesis) of the real and is concrete. Whenever what is made (poiema) is separated from the maker (poietes), it becomes metaphysical.

I am the Genius of Myself

The sounds of the words you speak may lie on your own lips, but if you do not relinquish them entirely to a listener they never become words, and you say nothing at all.

The sounds of the words you speak may lie on your own lips, but if you do not relinquish them entirely to a listener they never become words, and you say nothing at all.

Whenever we act as the genius of ourselves, it will be in the spirit of allowing the past to be past.

One is never ill in general. One is always ill with relation to some bounded activity. It is not cancer that makes me ill. It is because I cannot work, or run, or swallow that I am ill with cancer.

A Finite Game Occurs Within a World

The fact that it must be limited temporally, numerically, and spatially means that there is something against which the limits stand.

There is an outside to every finite game. Its limits are meaningless unless there is something to be limited, unless there is a larger space, a longer time, a greater number of possible competitors.

We look on childhood and youth as those “times of life” rich with possibility only because there still seem to remain so many paths open to a successful outcome. Each year that passes, however, increases the competitive value of making strategically correct decisions. The errors of childhood can be more easily amended than those of adulthood. For the finite player in us freedom is a function of time. We must have time to be free.

Nature is the Realm of the Unspeakable

It has no voice of its own, and nothing to say. We experience the unspeakability of nature as its utter indifference to human culture.

The unspeakability of nature is the very possibility of language.

A story cannot be obeyed. Instead of placing one body of knowledge against another, storytellers invite us to return from knowledge to thinking, from a bounded way of looking to an horizonal way of seeing.

We Control Nature for Societal Reasons

The use of agricultural poisons, for example, will surely kill selected organisms; it will arrest the spontaneity of living entities—but it is not an unnatural act. Nature has not been changed. All that changes is the way we discipline ourselves to consist with natural order.

The more power we exercise over natural process the more powerless we become before it. In a matter of months we can cut down a rain forest that took tens of thousands of years to grow, but we are helpless in repulsing the desert that takes its place. And the desert, of course, is no less natural than the forest.

Weapons are meant not to win contests but to end them. Killers are not victors; they are unopposed competitors, players without a game, living contradictions.

Genuine travel has no destination. Travellers do not go somewhere, but constantly discover they are somewhere else.

Genuine travellers travel not to overcome distance but to discover distance. It is not distance that makes travel necessary, but travel that makes distance possible. Distance is not determined by the measurable length between objects, but by the actual differences between them.

Myth Provokes Explanation but Accepts None of it

Indeed, myth is the highest form of our listening to each other, of offering a silence that makes the speech of the other possible. This is why listening is far more valued by religion than speaking.

The opposite of resonance is amplification.

A bell resonates, a cannon amplifies. We listen to the bell, we are silenced by the cannon.

Magisterial speech is amplified speech; it is speech that silences.

Whenever we succeed in being the only speaker, there is no speaker at all. 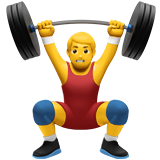 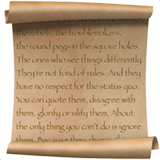 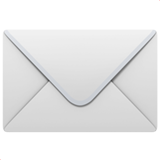 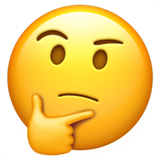