To prevent buyer’s remorse, get customers to imagine the experiences they’ll have with your product or the way that others will react when they see the customer using your product.

If more people are doing something, it lends additional credibility to the activity.

Commitment to a goal is much more concrete if the commitment is written down.

Pander to people’s desire for order.

Thinking of sloth as avoiding work or not caring about outcomes gives us a useful perspective; namely that people are not motivated to do more than the absolute minimum work to achieve their online aims.

The easiest way to get people to your desired outcome is to ensure it follows the path of least resistance.

Priming: If they show you specific words or pictures beforehand, you’ll find it easier to recall those items or related ones in a later test, even after you have consciously forgotten the specific words.

The harder it is to cancel the membership, the more people’s slothful behavior will kick in.

The average restaurant meal in the United States is four times larger now than it was in the 1950s, yet we might still be fitting into the same size clothes as we always have—not because we’ve stayed slim, but because our clothes have grown.

Make customers work for a reward. People put more value on a reward that is not available to everyone. Where there is cognitive dissonance between effort and return, people will be forced to create justifications for working so hard for a small reward, thus increasing their perceived value of the reward.

Manufacturing and then recovering well from a trust issue is a way to create more trust. Machiavelli saw this as a legitimate tactic.

Foot-in-the-door: Gain commitment to a small thing to convince about a big thing.

Door-in-the-face: Ask for a big thing, expecting to be turned down. Then ask for a small thing immediately afterward. Guilt at turning you down makes people more likely to agree to the small thing.

The fear of losing what you already have (your loss aversion) is sometimes as much as twice as powerful as your desire to benefit from a potential gain.

Anger has different effects on judgment and decision making than do other negative emotions. Anger influences how we perceive, reason, and choose.

Use self-generated persuasion: By asking people to “sell” the concept, they get more personally convinced of its merits.

A 2011 BBC documentary on “Superbrands” found that an MRI scan of an Apple fanatic suggested that Apple was actually stimulating the same parts of the brain as religious imagery does in people of faith.

Use anonymity to encourage repressed behaviors. People will do more when they’re anonymous than when they’re identifiable.

Godwin's law, coined by Mike Godwin in 1990, which states, "As an online discussion grows longer, the probability of a comparison involving Nazis or Hitler approaches one."

John Suler, professor of psychology at Rider University, names six factors that contribute to what he calls the online disinhibition effect:

Happiness rarely triggers commerce. Unhappiness often does. We buy because we are dissatisfied. And this dissatisfaction is often created by the advertising that offers to remedy it. Roy H. Williams

Fear is used overtly in the selling of several types of product. Product categories such as vitamins (fear of ill-health), child safety (think of the children!) and home security (fear of strangers) tend to be high on potential drama so that they can then show that they have solutions that will remove the need for fear.

That makes us inequality averse to use a term from economics. In other words, we hate feeling like we’ve lost out. That feeling of deprivation, inferiority, or shame is the basis of destructive envy.

Create desirability to produce envy. An object must be desirable for envy to work as a motivating force.

Apple hits all these marks with its hardware.

In his book Emotional Design, Don Norman states that we are much more emotionally attached to products for which we feel some involvement (see IKEA Effect). Kickstarter’s whole business model could be described as making people feel ownership before they’ve bought a product, or indeed before it’s even been made.

“Sent from my iPhone” e-mail signature text for iOS devices got well rewarded for their work. It is the perfect embodiment of effortlessly viral aspirational content. It remains there because it’s boastful in a socially acceptable way.

When we lust after something we stop thinking rationally. We look only for additional reasons to have it, not for reasons to abstain.

Pratfall Effect: The tendency for interpersonal appeal to increase or decrease after an individual makes a mistake

Reciprocity: It doesn’t matter whether you like the person who did you a favour, you still feel obliged to reciprocate and often to do so above the level of the initial favour.

Sell the intangible value. Reality is costly to change, perception less so.

Make a request in order to be seen more favourably. The Ben Franklin effect shows that people who have done us a favour see us in a better light. Ask customers to do a small favor for you. Thank them for it after they are done, but don’t return the favor immediately. Now, having done an unreciprocated favor for you, they must justify it to themselves by believing that they truly like you.

Greed happens when people pursue their own agenda at the expense of others, leading to selfish or spiteful behavior.

Gambler’s Fallacy: We believe that a win becomes more likely after a series of losses.

The best perceived value occurs when the barrier to winning requires just less than the amount of effort or risk that would make a customer decide not to act (play the game).

The Golden Rule of Persuasive Technology (Berdichevsky and Neuenschwander, 1999)

"The creators of a persuasive technology should never seek to persuade a person or persons of something they themselves would not consent to be persuaded to do.” 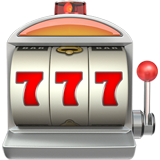 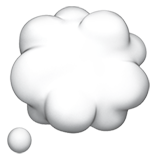 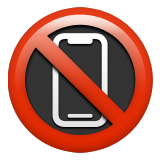 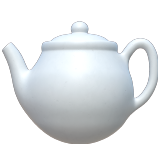 The Design of Everyday Things

A must-read for anyone who's involved in the process of making things. It will have you questioning the design of just about every man-made object you come across.