A useful book filled with philosophies on life and business.

Don’t be on your deathbed someday, having squandered your one chance at life, full of regret because you pursued little distractions instead of big dreams.

These are my philosophies from the ten years I spent starting and growing a small business.

Business is not about money. It’s about making dreams come true for others and for yourself.

Never do anything just for the money.

A Business Model With Only Two Numbers

This ain’t no revolution

But revolution is a term that people use only when you’re successful. Before that, you’re just a quirky person who does things differently.

If you think your life’s purpose needs to hit you like a lightning bolt, you’ll overlook the little day-to-day things that fascinate you.

If it’s not a hit, switch

We all have lots of ideas, creations, and projects. When you present one to the world and it’s not a hit, don’t keep pushing it as is. Instead, get back to improving and inventing.

Don’t waste years fighting uphill battles against locked doors. Improve or invent until you get that huge response.

If you’re not saying, “Hell yeah!” about something, say no. When deciding whether to do something, if you feel anything less than “Wow! That would be amazing! Absolutely! Hell yeah!” then say no.

For every event you get invited to, every request to start a new project, if you’re not saying, “Hell yeah!” about it, say no.

The advantage of no funding

By not having any money to waste, you never waste money.

Make every decision—even decisions about whether to expand the business, raise money, or promote someone—according to what’s best for your customers.

For an idea to get big-big-big, it has to be useful. And being useful doesn’t need funding. If you want to be useful, you can always start now, with only 1 percent of what you have in your grand vision.

Starting small puts 100 percent of your energy into actually solving real problems for real people. It gives you a stronger foundation to grow from.

So no, your idea doesn’t need funding to start. (You also don’t need an MBA, a particular big client, a certain person’s endorsement, a lucky break, or any other common excuse not to start.)

Ideas are just a multiplier of execution

To me, ideas are worth nothing unless they are executed. They are just a multiplier. Execution is worth millions.

Never forget that there are thousands of businesses, like Jim’s Fish Bait Shop in a shack on a beach somewhere, that are doing just fine without corporate formalities.

The strength of many little customers

You hear hundreds of people’s opinions and stay in touch with what the majority of your clients want.

You need to confidently exclude people, and proudly say what you’re not. By doing so, you will win the hearts of the people you want.

Have the confidence to know that when your target 1 percent hears you excluding the other 99 percent, the people in that 1 percent will come to you because you’ve shown how much you value them.

This goes back to the utopian perfect-world ideal of why we’re doing what we’re doing in the first place. In a perfect world, would your website be covered with advertising? When you’ve asked your customers what would improve your service, has anyone said, “Please fill your website with more advertising”? Nope. So don’t do it.

This is just one of many options

You can’t pretend there’s only one way to do it. Your first idea is just one of many options. No business goes as planned, so make ten radically different plans.

You don’t need a plan or a vision

How do you grade yourself?

How do you grade yourself? It’s important to know in advance, to make sure you’re staying focused on what’s honestly important to you, instead of doing what others think you should.

Care about your customers more than about yourself

To me, it was just common sense. Of course you should care about your customers more than you care about yourself! Isn’t that Rule No. 1 of providing a good service? It’s all about them, not about you.

Care about your customers more than about yourself, and you’ll do well.

Set up your business like you don’t need the money, and it’ll likely come your way.

Don’t punish everyone for one person’s mistake

You’re lucky to own your own business. Life is good. You can’t prevent bad things from happening. Learn to shrug. Resist the urge to punish everyone for one person’s mistake.

When we yell at our car or our coffee machine, it’s fine because they’re just mechanical appliances. So when we yell at a website or a company, using our computer or our phone, we forget that it’s not an appliance but a person that’s affected.

You should feel pain when you’re unclear

Writing that e-mail to customers—carefully eliminating every unnecessary word, and reshaping every sentence to make sure it could not be misunderstood.

The most successful e-mail I ever wrote

When you’re thinking of how to make your business bigger, it’s tempting to try to think all the big thoughts and come up with world-changing massive-action plans. But please know that it’s often the tiny details that really thrill people enough to make them tell all their friends about you.

It’s OK to be casual

Don’t try to impress an invisible jury of MBA professors. It’s OK to be casual.

It’s about being, not having

But that’s forgetting about the joy of learning and doing. Yes, it may take longer. Yes, it may be inefficient. Yes, it may even cost you millions of dollars in lost opportunities because your business is growing slower because you’re insisting on doing something yourself. But the whole point of doing anything is because it makes you happy! That’s it!

Delegate or die: The self-employment trap

This time, instead of just answering the question, I called everyone together for a minute. I repeated the situation and the question. I answered the question, but more important, I explained the thought process and philosophy behind my answer.

As part of learning it, he had to document it in the manual, and then show it to someone else, too. (Learn by teaching.)

Make it anything you want

Never forget that you can make your role anything you want it to be. Anything you hate to do, someone else loves. So find that person and let her do it.

You can’t live someone else’s expectation of a traditional business. You have to just do whatever you love the most, or you’ll lose interest in the whole thing.

Happiness is the real reason you’re doing anything, right? Even if you say it’s for the money, the money is just a means to happiness, isn’t it? But what if it’s proven that after a certain point, money doesn’t create any happiness at all, but only headaches? You may be much happier as a $1 million business than a $1 billion business.

Make sure you know what makes you happy, and don’t forget it.

I learned a hard lesson in hindsight: Trust, but verify. Remember it when delegating. You have to do both.

Then I realised that there’s such a thing as over-delegation. I had empowered my employees so much that I gave them all the power.

I even thought about a Willy Wonka move, in which I’d put five golden tickets into five CDs and then give the whole company to some lucky finder.

How I knew I was done

I realised that the bigger learning and growing challenge for me was letting go, not staying on. Surprised by this, I asked Seth Godin’s advice. All he said was, “If you care, sell.” (I think his point was that my lack of enthusiastic vision was doing a disservice to my clients. It’d be better for everyone if I put the company in more motivated hands that could help them all grow.)

Why I gave my company to charity

Kurt Vonnegut and Joseph Heller were at a party at a billionaire’s extravagant estate. Kurt said, “Wow! Look at this place! This guy has everything!” Joseph said, “Yes, but I have something he’ll never have. . . . Enough.”

Then, when Disc Makers bought CD Baby, they bought it not from me but from the trust, turning it into $22 million cash to benefit music education. It’s not that I’m altruistic. I’m sacrificing nothing. I’ve just learned what makes me happy. And doing it this way made me the happiest.

You make your perfect world

Business is as creative as the fine arts. You can be as unconventional, unique, and quirky as you want. A business is a reflection of the creator.

Whatever you make, it’s your creation, so make it your personal dream come true. 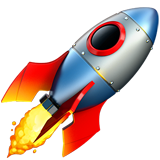 Hoffman goes into incredible detail on how to achieve scale in the tech business, presenting a set of techniques for driving and managing extremely rapid growth. 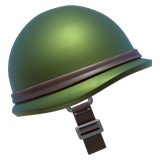 As the leader, you're always responsible. If your team is not committed or if you don't accomplish the mission, you have to own those failures. An interesting book that's well worth the read. 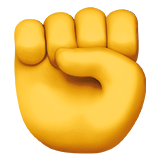 This book is about your potential to make a difference at work. A linchpin combines deep knowledge and good judgement, makes work more personal, and collects, connects and nurtures relationships. 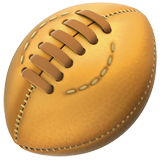 A simple summary of the scrum method for managing projects and increasing productivity.