Amusing Ourselves to Death

Whether it's the news, TV or social media, we all suffer from some form of information addiction. Postman argues that entertainment's place in society has reached a point where our addiction to it is undermining our independence. It's spooky how relevant his observations are today, given that they were made in a pre-internet era.

The Medium is the Metaphor

This idea—that there is a content called “the news of the day”—was entirely created by the telegraph (and since amplified by newer media), which made it possible to move decontextualized information over vast spaces at incredible speed.

The media of communication available to a culture are a dominant influence on the formation of the culture’s intellectual and social preoccupations.

The best things on television are its junk.

Therein is our problem, for television is at its most trivial and, therefore, most dangerous when its aspirations are high, when it presents itself as a carrier of important cultural conversations.

What people say is assumed to be more casually uttered than what they write. The written word is assumed to have been reflected upon and revised by its author, reviewed by authorities and editors.

The written word endures, the spoken word disappears; and that is why writing is closer to the truth than speaking.

The point I am leading to by this and the previous examples is that the concept of truth is intimately linked to the biases of forms of expression.

My argument is limited to saying that a major new medium changes the structure of discourse; it does so by encouraging certain uses of the intellect, by favouring certain definitions of intelligence and wisdom, and by demanding a certain kind of content.

Lincoln vs. Douglas debates of the 1800's lasted for 6+ hours. The attention span of the audience would obviously have been extraordinary by current standards.

Almost every scholar who has grappled with the question of what reading does to one’s habits of mind has concluded that the process encourages rationality; that the sequential, propositional character of the written word fosters what Walter Ong calls the “analytic management of knowledge.”

The name I give to that period of time during which the American mind submitted itself to the sovereignty of the printing press is the Age of Exposition. Exposition is a mode of thought, a method of learning, and a means of expression.

Toward the end of the nineteenth century, for reasons I am most anxious to explain, the Age of Exposition began to pass, and the early signs of its replacement could be discerned. Its replacement was to be the Age of Show Business.

A man in Maine and a man in Texas could converse, but not about anything either of them knew or cared very much about. The telegraph may have made the country into “one neighborhood,” but it was a peculiar one, populated by strangers who knew nothing but the most superficial facts about each other.

How often does it occur that information provided you on morning radio or television, or in the morning newspaper, causes you to alter your plans for the day, or to take some action you would not otherwise have taken, or provides insight into some problem you are required to solve? For most of us, news of the weather will sometimes have such consequences; for investors, news of the stock market; perhaps an occasional story about a crime will do it, if by chance the crime occurred near where you live or involved someone you know.

You may get a sense of what this means by asking yourself another series of questions: What steps do you plan to take to reduce the conflict in the Middle East? Or the rates of inflation, crime and unemployment? What are your plans for preserving the environment or reducing the risk of nuclear war? What do you plan to do about NATO, OPEC, the CIA, affirmative action, and the monstrous treatment of the Baha’is in Iran? I shall take the liberty of answering for you: You plan to do nothing about them.

You may, of course, cast a ballot for someone who claims to have some plans, as well as the power to act. But this you can do only once every two or four years by giving one hour of your time, hardly a satisfying means of expressing the broad range of opinions you hold.

Books, for example, are an excellent container for the accumulation, quiet scrutiny and organised analysis of information and ideas.

The crossword puzzle — a context invented in which otherwise useless information might be put to some apparent use.

The Age of Show Business

The average length of a shot on network television is only 3.5 seconds, so that the eye never rests, always has something new to see. Moreover, television offers viewers a variety of subject matter, requires minimal skills to comprehend it, and is largely aimed at emotional gratification.

A news show, to put it plainly, is a format for entertainment, not for education, reflection or catharsis. And we must not judge too harshly those who have framed it in this way. They are not assembling the news to be read, or broadcasting it to be heard. They are televising the news to be seen.

What has music to do with the news? Why is it there? It is there, I assume, for the same reason music is used in the theatre and films—to create a mood and provide a leitmotif for the entertainment.

In saying that the television news show entertains but does not inform, I am saying something far more serious than that we are being deprived of authentic information. I am saying we are losing our sense of what it means to be well informed.

My point is that we are by now so thoroughly adjusted to the “Now ... this” world of news—a world of fragments, where events stand alone, stripped of any connection to the past, or to the future, or to other events—that all assumptions of coherence have vanished.

Reach Out and Elect Someone

The television commercial has oriented business away from making products of value and toward making consumers feel valuable, which means that the business of business has now become pseudo-therapy. The consumer is a patient assured by psycho-dramas.

Our Ministry of Culture is Huxleyan, not Orwellian. It does everything possible to encourage us to watch continuously. But what we watch is a medium which presents information in a form that renders it simplistic, nonsubstantive, nonhistorical and noncontextual; that is to say, information packaged as entertainment. In America, we are never denied the opportunity to amuse ourselves.

Tyrants of all varieties have always known about the value of providing the masses with amusements as a means of pacifying discontent. But most of them could not have even hoped for a situation in which the masses would ignore that which does not amuse.

Teaching as an Amusing Activity

We might say there are three commandments that form the philosophy of the education which television offers (no prerequisites, no perplexity, avoid exposition).

Thus, television-teaching always takes the form of story-telling, conducted through dynamic images and supported by music.

So far as many reputable studies are concerned, television viewing does not significantly increase learning, is inferior to and less likely than print to cultivate higher-order, inferential thinking.

There are two ways by which the spirit of a culture may be shriveled.

In the Huxleyan prophecy, Big Brother does not watch us, by his choice. We watch him, by ours.

Television, as I have implied earlier, serves us most usefully when presenting junk-entertainment ; it serves us most ill when it co-opts serious modes of discourse—news, politics, science, education, commerce, religion—and turns them into entertainment packages. We would all be better off if television got worse, not better. “The A-Team” and “Cheers” are no threat to our public health. “60 Minutes,” “Eye-Witness News” and “Sesame Street” are.

Only through a deep and unfailing awareness of the structure and effects of information, through a demystification of media, is there any hope of our gaining some measure of control over television, or the computer, or any other medium. 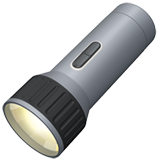 Stand Out of Our Light

"There's a deep misalignment between the goals we have for ourselves, and the goals our technologies have for us". Williams argues that the liberation of human attention may be the defining moral and political struggle of our time.