“Do I Want to Keep Scrolling or Am I Being Made to Believe I Do?”

This is the first couple of sections from a research paper evaluating Social Tycoon, a game that trains people to spot and resist persuasive user engagement techniques.

Social networking sites (SNSs) use attention-capture dark patterns—interface designs that coerce users into spending time using an app or website against their best interests. Consequently, many people are dissatisfied with the amount of time they spend using social media. In this work, we evaluated Social Tycoon, an inoculation-based game in which players develop a cognitive resistance towards attention-capture dark patterns. Players learn about four types of dark patterns: leveraging social approval, infinitely loading content, training compulsive usage behaviours and using software algorithms. The game draws on an inoculation metaphor where exposure to weakened doses of these techniques triggers a resistance towards them.

Participants (n=43) were randomly assigned to play either Social Tycoon (Inoculation) or Tetris (Control). Compared to the control group, those who received the treatment rated SNSs as less useful, felt less favourable towards them and expressed a lower behavioural intention to use them. Despite these results, Social Tycoon had no effect on SNS usage behaviours as participants struggled to follow through on their intentions to limit use. Our findings highlight inoculation-based interventions as a promising approach towards designing for digital wellbeing and contribute to our understanding of the challenges people face in gaining control over their social media use.

“The thought process that went into building these.applications, Facebook being the first of them, was all about: ‘How do we consume as much of your time and conscious attention as possible?’” - Sean Parker, founding President of Facebook.

The compulsive use of social media poses a serious threat to user wellbeing, social connectedness and productivity. What started as a way for people to connect with one another has evolved into an attention economy where advertising is sold, and data is harvested in exchange for user attention. These products use attention-capture dark patterns to maximise their share of the user’s time. For example, the “hide-the-milk” technique is when a user interacts with a social media notification that drops them on a newsfeed, leaving it up to them to find the source of the notification. This design increases the likelihood that users will become distracted by content, start scrolling the infinitely-loading newsfeed and spend more time on the platform than intended.

Recently, tech industry insiders have warned against the use of such mechanisms, claiming they exploit inherent psychological biases and cause harm to users. Even though these designs often influence behaviour outside of conscious awareness, people are growing dissatisfied with the time they spend using SNSs. They hope to spend less time scrolling the Facebook newsfeed, wish they could stop checking Twitter so often and want to cut back on social media use in general. Some of these instances occur because of a decreased sense of control where users experience a mismatch between their desire to use SNSs and their plans and goals. Other instances are shaped by a feeling that using social media is an experience that holds little meaning.

In response, designers have innovated “digital wellbeing” apps and browser extensions that claim to help users monitor, understand and limit technology use.Despite their growing popularity, these tools are not as effective as they claim to be. Prior work shows that digital wellbeing apps do not promote the formation of habits and fail to influence a long-term change in user behaviour. Moreover, research suggests that browser extensions designed for digital self-control may work in some situations, but to be effective, more consideration is needed beyond limiting access to specific features.

An alternate approach to helping users gain control over their social media use is to expose or “inoculate” them against attention-capture dark patterns. Articulated well byTristan Harris, co-founder of the Center for HumaneTechnology, “if you tell people this [social media] is bad for them, they won’t listen. If you show people how they are being manipulated—nobody wants to feel manipulated”. According to inoculation theory, it is possible to develop a cognitive resilience to persuasion attempts by learning about the techniques underlying the persuasive argument. Prior work has not considered this approach as a method for reducing social media use.Though, scholars have successfully inoculated people against the techniques used to spread misinformation online. The main idea behind this research is to stop false news from taking hold in memory by preemptively exposing individuals to the persuasive arguments used.

Inspired by this body of work, we designed Social Tycoon, a digital wellbeing game based on inoculation theory.Players are proactively exposed, warned and educated about attention-capture dark patterns in an attempt to weaken their effects. We present findings from a multi-stage evaluation of Social Tycoon with 43 participants. Using an independent-groups design, subjects were randomly allocated to one of two conditions (Inoculation or Control).Our paper sought to investigate three research questions:

RQ1: How does playing Social Tycoon impact the acceptance of SNSs?

RQ3: How do people feel about SNSs after playing Social Tycoon?

We found that post-test ratings of PU, UA and CIU were significantly lower versus pre-test in the inoculation condition compared to the control (RQ1). Despite this change in acceptance, we found no difference in usage behaviour between groups (RQ2). Our qualitative data confirmed these results showing that participants in the inoculation group wanted to spend less time using social media but found it challenging to break preexisting and well-established habits. In addition, we found that participants developed a negative perception of SNSs after playing Social Tycoon (RQ3). Specifically, they felt exploited for engagement, data and profits, citing a mismatch in power and an increased awareness of attention-capture dark patterns. For some, learning about these techniques improved their ability to spot them, leading to a perceived weakening of their effects.

This paper provides three contributions to the human-computer interaction (HCI) literature. First, we demonstrate the usefulness of a digital wellbeing game designed using the principles of inoculation theory. Our results could inform the development of behaviour change interventions seeking to influence the acceptance and use of SNSs.Second, we contribute to our understanding of the challenges social media users face in following through on their intentions to limit use. We discuss the implications of our results and suggest how future work could help users overcome such difficulties. Third, we provide empirical insights into the TAM’s relevance for predicting social media adoption. Our findings suggest it may not be an appropriate model to use. Readers should note that we focus on networking and content sharing social media (e.g.Facebook, Twitter and YouTube) rather than messaging-based services (e.g. WhatsApp and WeChat). 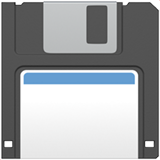 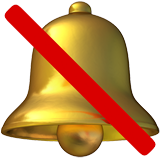 Why you should consider disabling push notifications.